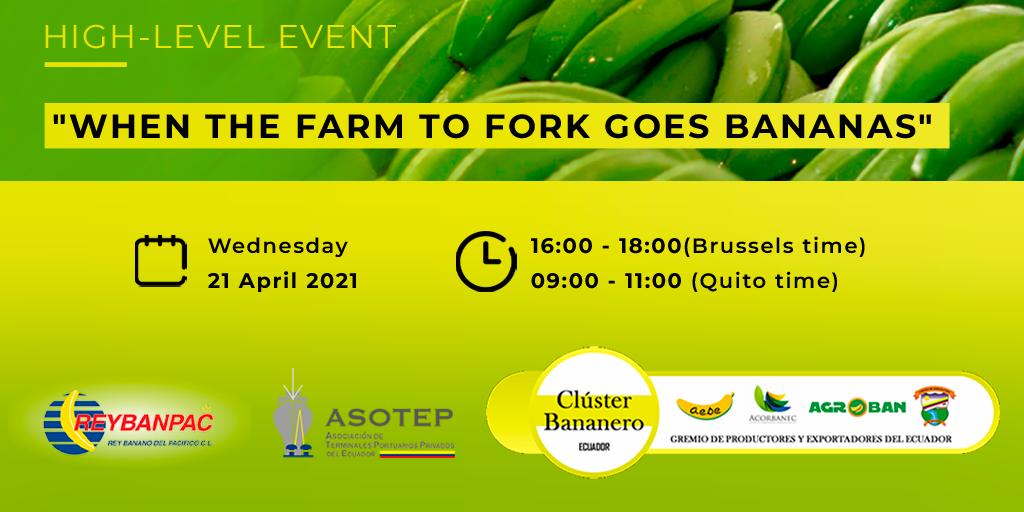 The most popular fruit…

More than 100 billion bananas are consumed annually in the world, making it the fourth most important food crop in the developing world after wheat, rice, and corn. 85% of the world’s banana production is used for local consumption, and only 15% is exported (mainly to the US and Europe).

A new strain of the Fusarium Wilt fungus was discovered in Southeast Asia. Also known as the Panama Disease (Fusarium TR4), it has wiped out ten thousands of hectares in China, Indonesia, Malaysia, and the Philippines. Recently it has been detected in Colombia.

This industry is one of the main drivers of rural development in Latin America, generating employment for hundreds of thousands of families throughout the region.

ASK THE EU TO GO BANANAS

The development of the EU Farm to Fork strategy (F2F) has the potential to help smallholders in developing countries and change the banana industry. 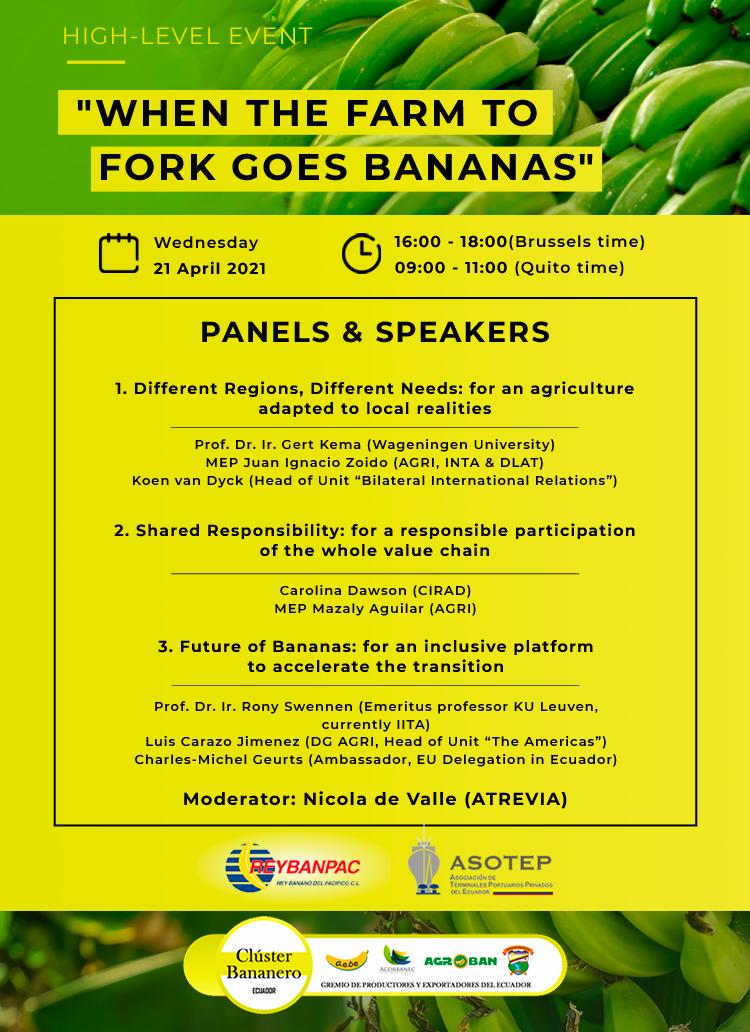 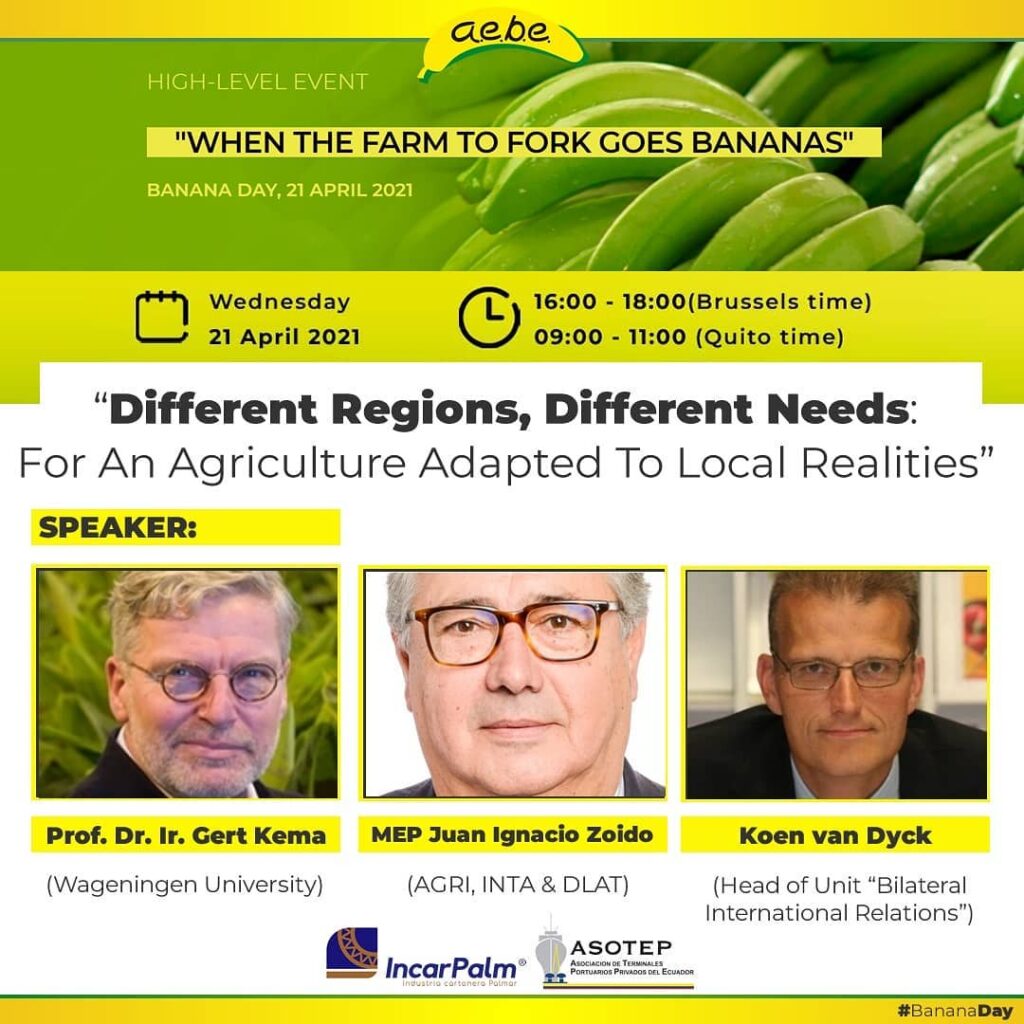 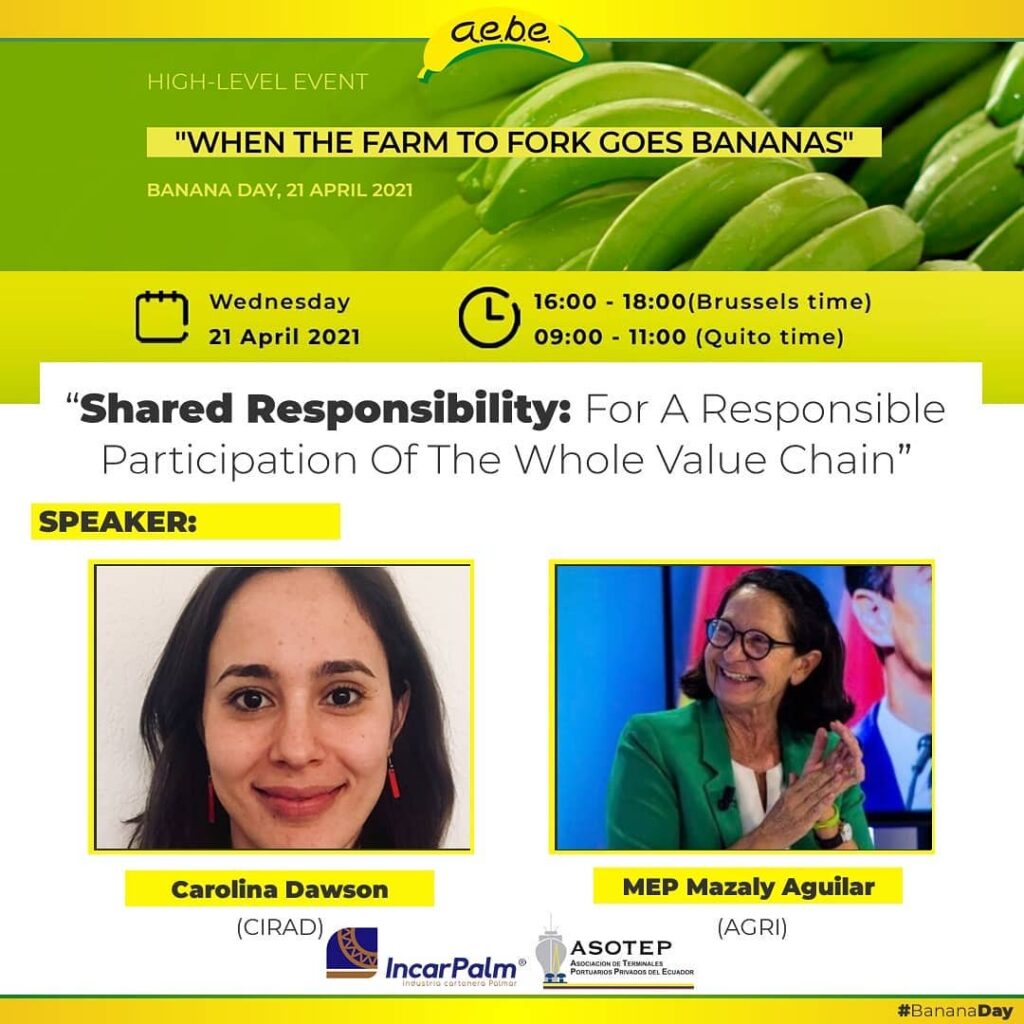 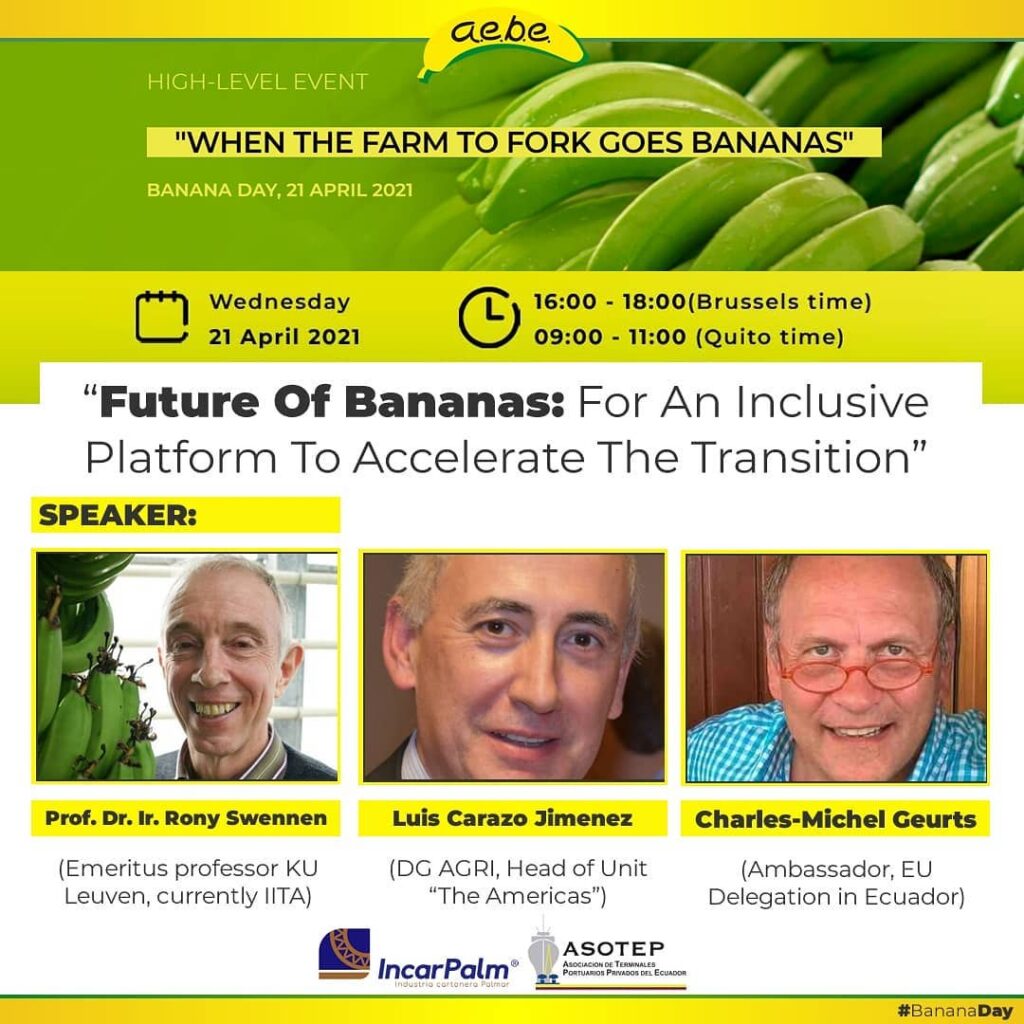 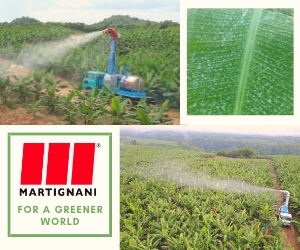 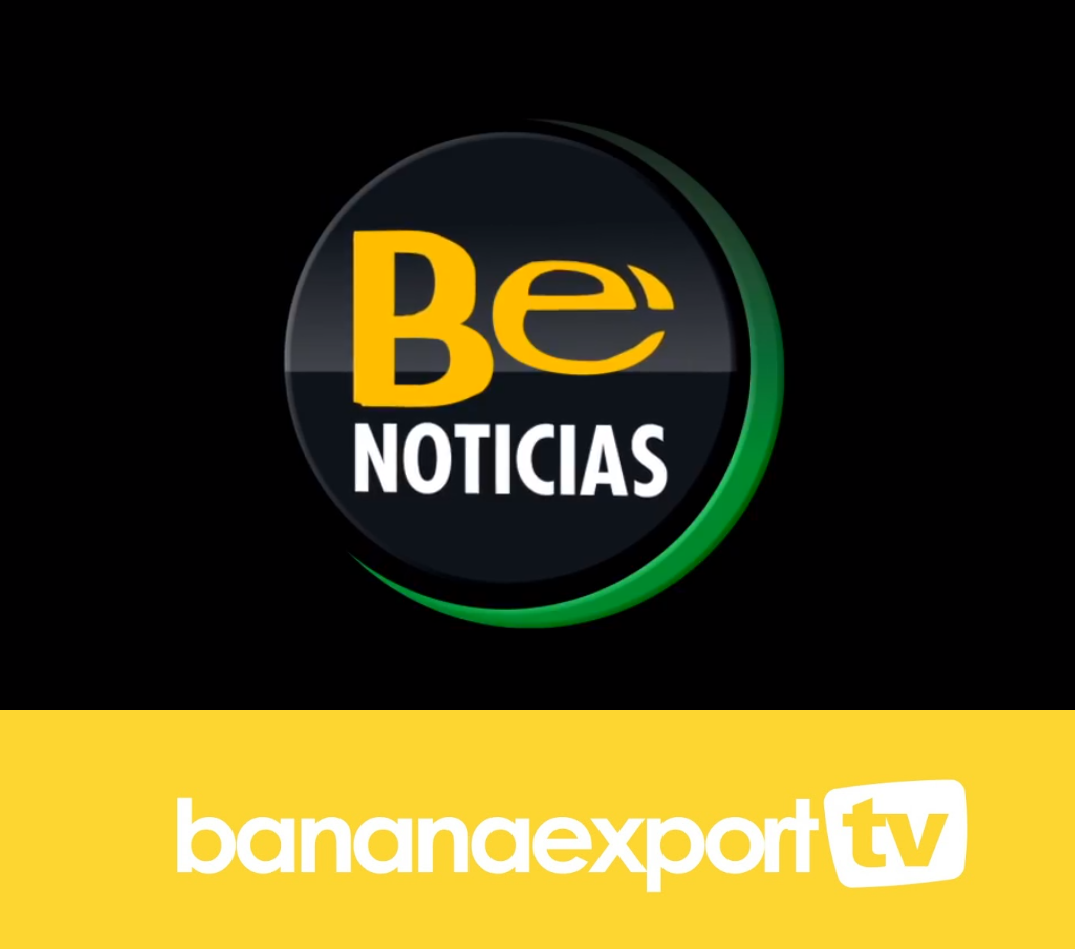 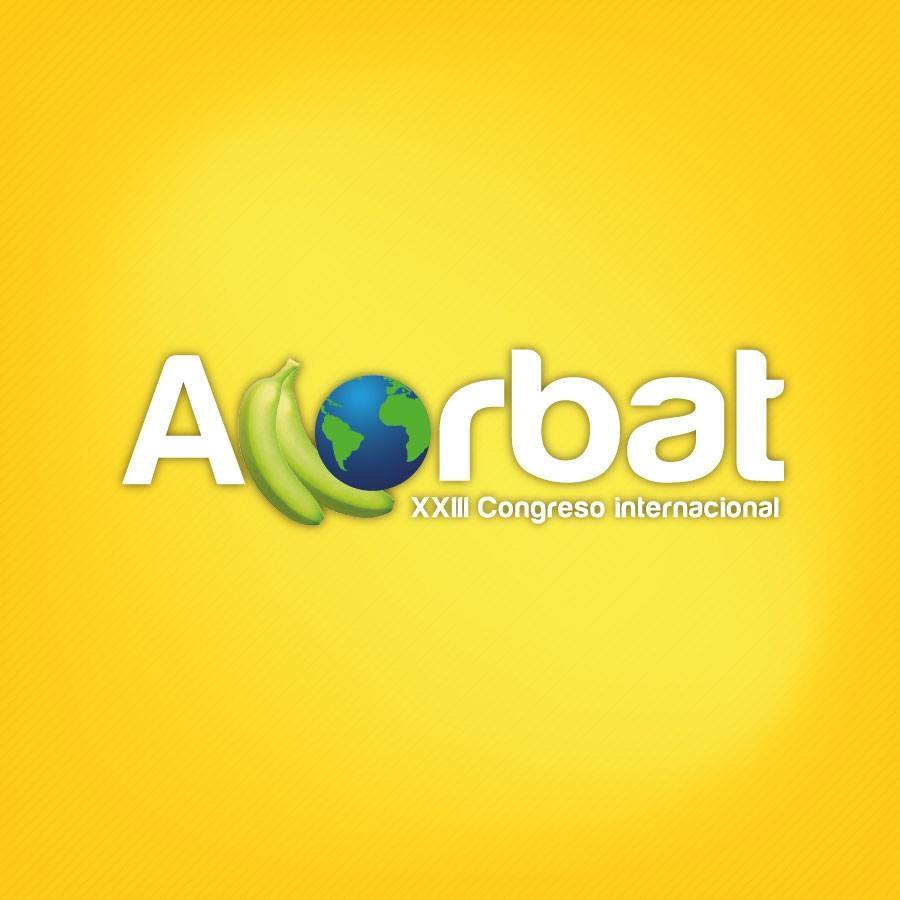